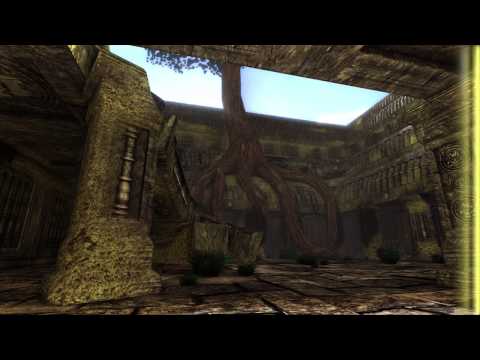 Created for “Art Creation for Games”

I’ve attached several screen-shots of a level that I built in the Unreal Development Kit in August of 2013. I created the assets in Maya and I refined and detailed them with ZBrush. The assets that came out of ZBrush were beautifully detailed, however they had far to many polygons to be usable inside a game engine. I then baked down the detail from the high density meshes to optimized low-poly meshes and was able to have some beautiful assets running in the Unreal Engine. This project showed me just how powerful a good normal map is and I was truly blown away.

With the details all baked into my normal and ambient occlusion maps, I was able to go into photoshop to create my diffuse maps. The assets were then assembled inside the Unreal engine and I created appropriate materials for them. With the assets assembled and laid out in the Unreal Engine, then used several decals and some vertice painting to break the scene up even further. Finally I adjusted the lighting to get a some light rays, and a bit of fog.